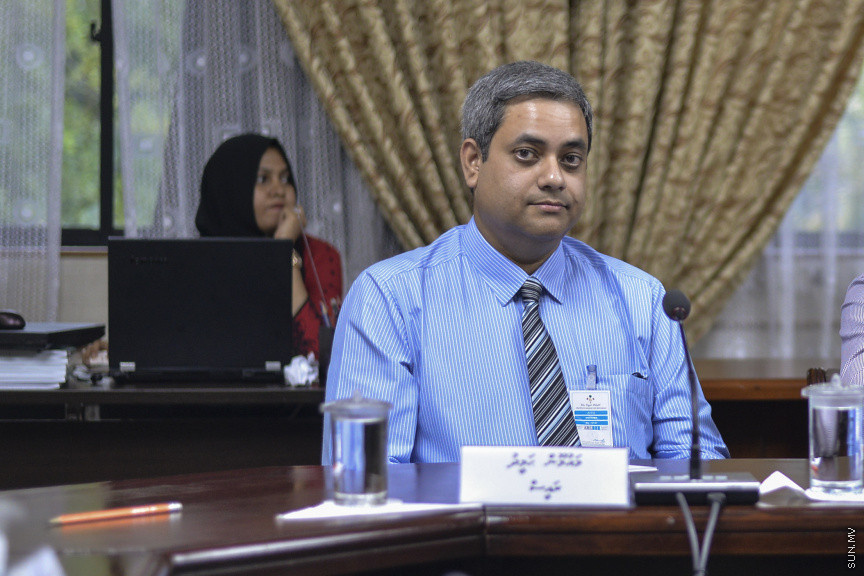 Bar Council president Maumoon Hameed, on Wednesday, expressed displeasure over an emergency motion presented at the Parliament alleging influence and corruption in the Criminal Court’s decision to push a case against former Maldivian vice president Ahmed Adeeb Abdul Gafoor out of the court.

Adeeb, who had been jailed pending the outcome of his trial, walked free on Tuesday, after Criminal Court judge Ismail Rasheed declared seven charges pressed against Adeeb as invalid.

MDP chairperson, West Henveyru MP Hassan Latheef presented an emergency motion over the ruling on Wednesday morning, alleging the judge had been influenced, and pressing for the Judicial Service Commission (JSC) to investigate him for misconduct.

In a tweet on Wednesday afternoon, Bar Council president cautioned that the Parliament rushing to judgment in such situations impedes the proper functioning of appeal and oversight mechanisms in place.

Maumoon said that such moves intimidate judges and have a chilling effect on the independence of the judiciary.

“This is prejudicial to the administration of justice and rule of law,” he said.

Maumoon called for the JSC to be permitted to investigate and reach its own conclusions, if the basis for allegations of judicial misconduct exists.

“If Parliament is seen to influence JSC to reach specific conclusions without proper investigation, it only undermines the JSC's independence,” he said.

Maumoon also said that allegations of criminal conduct which have sound basis must always be properly investigated and prosecuted, regardless of the offender’s position or status.

“But pre-judging cases serves no-one, undermines the rule of law and frustrates justice,” he said.

The emergency motion has sparked concern, not just from outside, but also from within the Parliament.

Speaking at the debate, Vilimale’ MP Ahmed Usham said that allegations of misconduct against judges, where it involves bribery or any other form of misconduct, must be lodged with the JSC, and not the Parliament.

Parliament’s Speaker, former President Nasheed responded that that the emergency motion wasn’t about displeasure at the ruling, but about the judicial procedure.