Shifa: Stalls in Traveler’s Market with migrant vendors will be seized 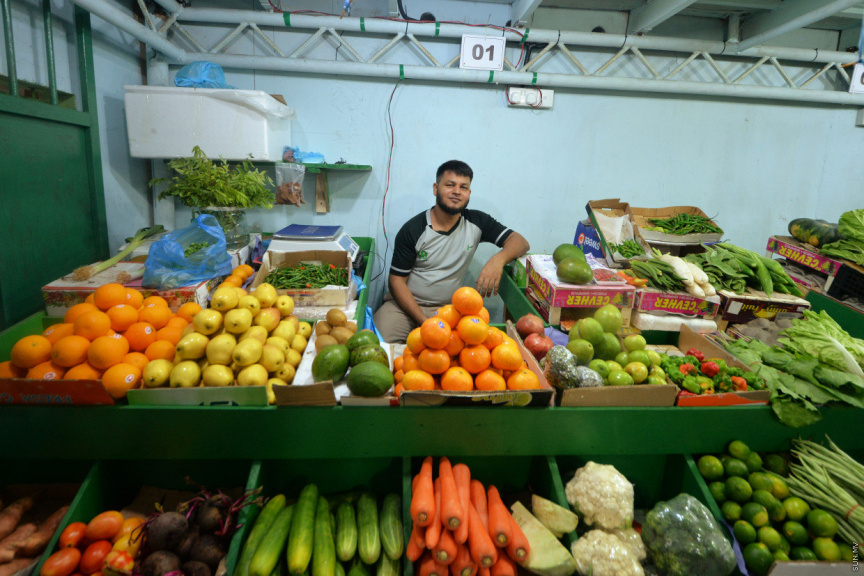 Male’ City Mayor Shifa Mohamed, on Tuesday, warned that stalls in the redeveloped traveler’s market which are found to employ migrant workers as vendors will be seized from lease holders.

The traveler’s market, located in front of the Criminal Court, had 174 stalls when it was closed for redevelopment. It now has 165 stalls which are more spacious.

The Parliament’s Decentralization Committee held a virtual meeting with the Male’ City Council regarding concessions on the lease rates charged on vendors who run stalls in local markets on Tuesday.

At the meeting, Shifa said the council had now finished redeveloping the traveler’s market, and was signing lease agreements with vendors.

She said that the stalls at the traveler’s market had been leased out based on an efficient new policy, and that violation of the policy would be met with seizure of stalls.

“This time around, everyone took stalls by saying that they will stay at their respective stalls, and that a local will be there [at the stall instead of a migrant worker]. We have it on our policy to immediately seize the stall if a migrant is found working there during our checks,” said Shifa.

She said that if a lease holders wished to employ another person to work as a vendor at the stall, they were required to disclose the information to the council.

The photos of both the lease holder and the designated vendor is required to be displayed on the stall, said Shifa.

She said that the council had prioritized granting stalls to vendors who had worked at the traveler’s market when it had been closed for redevelopment, but had also deduced marks from vendors who had previously violated council’s policies.

“We are aware of the people who subleased their stalls and moved to India or Sri Lanka. We therefore prioritized the people who had continuously traded at the market,” said Shifa.

Revealing further details regarding the vetting system, Shifa said the council had also awarded 5 extra points to female vendors in a bid to improve gender parity, and had also given special consideration towards new vendors.

She said the traveler’s market was now equipped with a CCTV camera surveillance system and a greater number of staff.

‘Those who have received stalls from the traveler’s market may set up their stalls and begin their trade as soon as tomorrow… The traveler’s market is being reopened with a camera system and an increase in staff. The lease of a stall there is MVR 3,000 [per month]. This is inclusive of cleaning services,” said Shifa.

She said that lease agreements have already been signed with 116 vendors, who may begin their trade now.

Shifa also announced that the council was considering granting concessions on the lease of all land leased by the council, including stalls at local markets, in order to aid businesses, mitigate their losses due to the COVID-19 pandemic.

The traveler’s market had been closed for redevelopment in August 2019, and the delay in reopening the market had raised concern among vendors.

Pres. Solih holds discussions over virus with WHO Chief