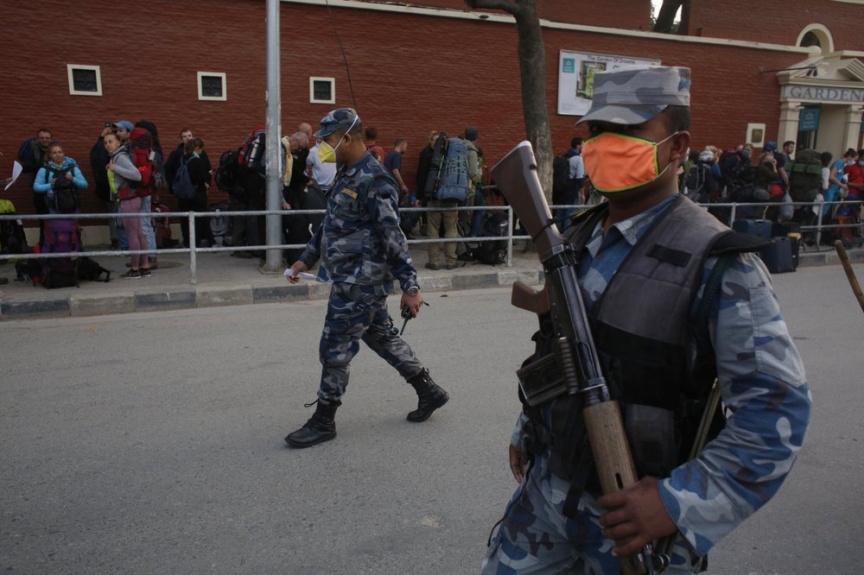 Stranded German tourists wait for a bus to take them to the airport in Kathmandu, Nepal, Friday, March 27, 2020. (AP Photo/Niranjan Shrestha)

KATHMANDU, Nepal — Nepal’s government has extended the nationwide lockdown by a week in an attempt to stop the coronavirus spread.

A government notice said the lockdown imposed since last week would now last until April 7, shutting down businesses and major markets, and stopping transport. Flights are also halted until April 15.

A flight has been arranged to take stranded Americans back home on Tuesday. Another flight is planned for Wednesday to repatriate Australians to Sydney.

The government also banned import of alcohol, luxury vehicles and gold while ordering rent and school fees to be waived for a month.

Nepal has reported five confirmed cases, including one person who has recovered from it.

Canadian gets prison in Nepal for abusing boys