MACL issues, and then cancels memo to relieve Fazeel of his duties 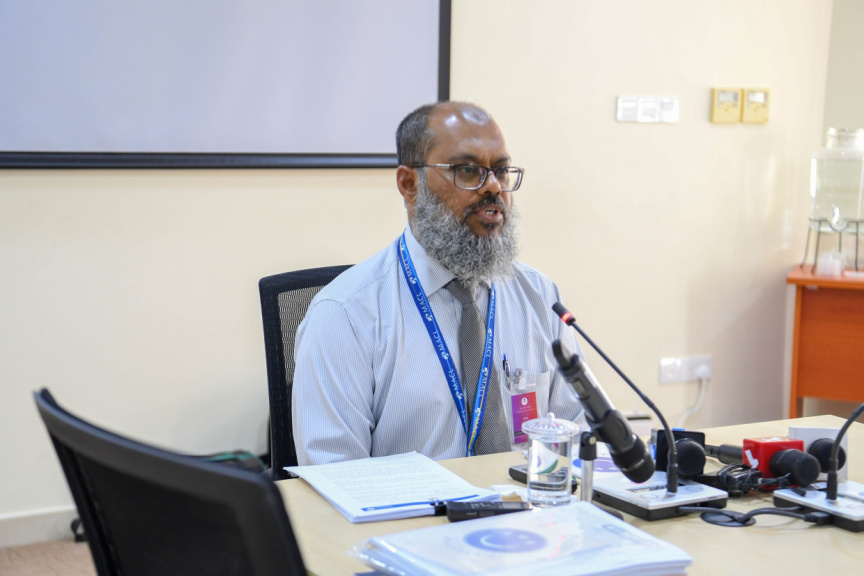 Maldives Airports Company Limited (MACL) has revoked a memo it issued informing of a decision to relieve Hussain Fazeel, its General Manager – Commercial Non Aero of his duties, and assign his duties over to another official.

Fazeel had been summoned for questioning by the Parliament’s Public Accounts Committee for its inquiry into the dispute surrounding the new seaplane terminal in Velana International Airport (VIA) on Wednesday.

Sun has been informed the memo in question was sent by MACL’s Acting Managing Director Moosa Solih to the company’s heads of departments before Fazeel’s session with the committee. It read that the Commercial Non Aero Section would be headed by Mohamed Hisham, effective from February 19, 2020.

After the two-hour committee session, Moosa Solih issued a second memo, announcing that the previous one had been revoked.

Committee members, during their questioning of Fazeel, who has served at MACL for 30 years, asked him if had been coached by anyone before attending the session.

He responded that he hadn’t been given any specific instructions, but that his superior told him to comport his statements in a manner which did not tarnish the reputation of the company.

Fazeel said that the negotiations with seaplane operator Trans Maldivian Airways (TMA) regarding allocation of space from the new seaplane terminal had been initiated following consultation with then-MACL MD Adil Moosa.

He said he had presented the Board with five scenarios regarding possible rental rates on August 2017, and said he never made any suggestion which could be disadvantageous the company.

He said he had sought private consultations with the MD before making any major decision.

“I drafted and prepared each and every letter after seeking directions, and in accordance with the directions given. And after drafting it, I shared it, and didn’t send it without finalizing it after omission or additions as required,” said Fazeel.

With respect to the letter sent to TMA dated September 17, 2017, which had been signed by him, Fazeel said the letter had been sent to negotiate with TMA. He said it contained a proposal for the rent, based on fixed and variable rates as had been requested by TMA. He said the same proposal had also been presented to MACL’s Board.

Fazeel said that while he acknowledged the USD 10.35 variable and USD 5 fixed rent rates proposed to TMA in 2017 wasn’t the most advantageous to MACL, it would ensure MACL is able to recover its expenditure on the terminal in 15 years. He said the proposal had stipulated a revision of the rates every three years.

“The Board engaged in discussions pertaining to it in the 255th meeting of the Board. The company secretary communicated how the Board felt via email. So I believe the Board received the Board paper we prepared,” said Fazeel.

While the dispute regarding the allocation of space from the new terminal remains unresolved, the Finance Ministry, on February 5, intervened with the recommendation that MACL allocate TMA with the same size of space they presently enjoy at the existing seaplane terminal, and at the same rate.

The committee voted in favor of the Finance Ministry recommendation on Wednesday.

New runway at VIA to be brought to operation on Oct. 6

MACL staff to receive MVR 25K as annual bonus for 2021

MD appointed to MACL after five months of vacancy