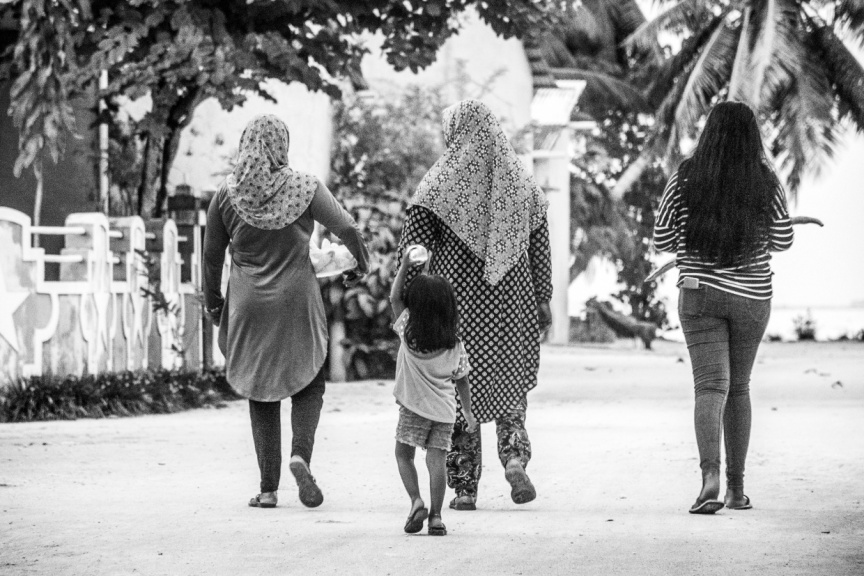 A young girl walks behind a group of women in a street in G. A. Kanduhulhudhoo. (File Photo/Sun/Mohamed Muzain Nazim)

Maldives Police Service has concluded its investigation into the parents of a 20-month rape victim in G. A. Kanduhulhudhoo, and has asked the Prosecutor General’s Office for charges of child endangerment against both parents.

According to the police, it forwarded the cases against the parents on Sunday, February 16.

The case hadn’t come to light until it was reported to the authorities by members of the victim’s extended family on January 15.

According to the police, the parents are suspected of having been aware of repeated sexual abuse of the young girl in the hands of her paternal grandfather and great-grandfather, but failing to report it to the authorities – an act which constitutes to child endangerment.

Both remain jailed, while the father, identified only as a 33-year-old male, was released from custody following discussions with the Prosecutor General’s Office on Tuesday.

The mother was never arrested.

Peng tells paper she never wrote of being assaulted

Man arrested for indecent exposure to a child