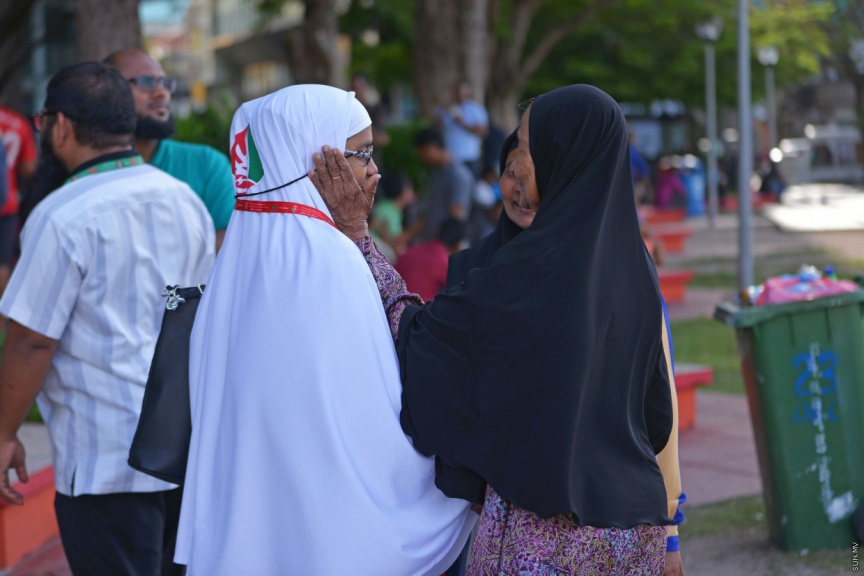 Hajj pilgrims interact with family members and friends before departing to the airport. (File Photo/Fayaz Moosa)

The Parliament has passed the amendment to Pension Act designed to authorize release of pension funds to finance Hajj pilgrimages.

The committee, during its evaluations, made no changes to the Bill. And it was passed with the unanimous vote of all 69 lawmakers present at the Parliament this Wednesday afternoon.

According to the provisions, the applicant must be a first-time Hajj pilgrim, and must have the MVR 2,000 monthly pension money issued under Maldives Retirement Pension Scheme by pension age deposited to Retirement Savings Account when he/she applies for release of pension funds for Hajj.

The funds released will be 50 percent of the official Hajj pilgrimage rate determined by the government for the year in question.

The Bill empowers the Maldives Pension Administration Office with the authority to decide on the number of people to whom money in the Pension Fund will be released to on an annual basis.

Parliament to reopen on February 3