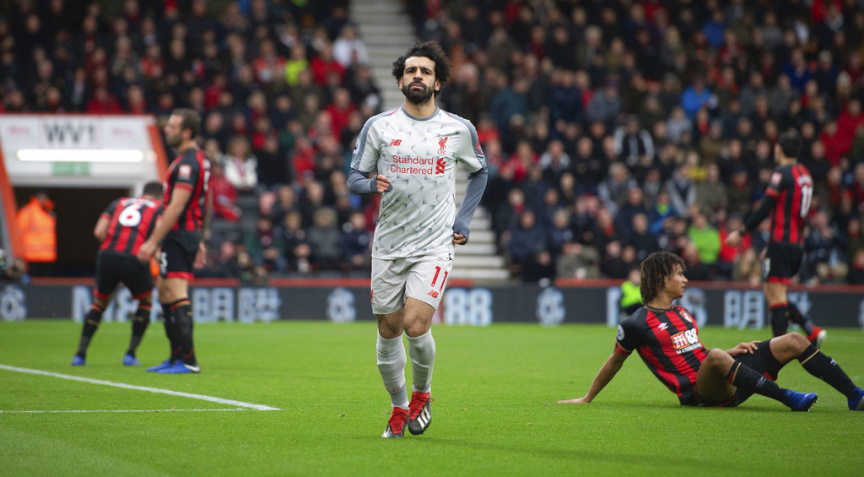 PARIS (AP) — The Anfield roar will be thunderous when Liverpool hosts Napoli, and the crowd will likely be just as loud in Belgrade when Red Star takes on Paris Saint-Germain.

Group C has lived up to its billing as the toughest in the Champions League and any one of the three big teams can still go through — or out — on Tuesday. Napoli leads the group with nine points, one more than PSG. Liverpool has six points.

To exit at this stage would be a big backward step for Liverpool after reaching last year's final, but much worse for PSG.

Desperate to prove it belongs among Europe's elite, PSG has not reached the semifinals since its lone appearance there in 1995.

After successive eliminations in the round of 16, PSG faces the potential humiliation of falling at the group stage for the first time since cash-rich Qatari investors QSI took over in 2011.

Things will be tense, too, in Barcelona, where Tottenham likely needs a win to go through in Group B.

Tottenham goalkeeper Hugo Lloris will be hoping Lionel Messi has a rare off night, although given Messi's form at the weekend it's unlikely.

Groups A and D have a far more sedate feel about them with the top two places already decided.

Still, struggling Monaco does have a point to prove against Borussia Dortmund in Group A.

Entertaining semifinalists in 2017, Monaco has not won in European competition since beating Dortmund in the second leg of their quarterfinal match that season — a 13-game winless run.

A look at the four Champions League groups on Tuesday:

Monaco has conceded 36 goals in 21 games in all competitions, while the Spain forward is the equal highest scorer in the Bundesliga with 10 goals, and he netted in the 3-0 home win against Monaco.

Monaco's beleaguered defenders had a weekend off, with the home game against Nice on Friday night canceled because of widespread anti-government protests in France.

In the other game, group leader Atletico Madrid is at Belgian side Club Brugge.

Atletico and Dortmund have already qualified and are vying for top spot, with Atletico two points ahead.

If Dortmund and Atletico finish level on points, Dortmund advances with a better head-to-head goal difference.

Tottenham coach Mauricio Pochettino gave striker Harry Kane and attacking midfielder Christian Eriksen a bit of a rest during Saturday's 2-0 win at Leicester, keeping them fresh for the trip to Barcelona.

But Pochettino may have been better off calling in goalkeeper Hugo Lloris for some extra practice given the form Lionel Messi is in.

Messi scored with two sublime free kicks and set up a goal for Ousmane Dembele in Barcelona's 4-0 Catalan derby win at Espanyol on Saturday, taking his club tally to a staggering 569 goals in 654 games.

Messi is also the top scorer in the Champions League so far this season, tied with Bayern Munich's Robert Lewandowski on six goals.

Barcelona is already through, while Spurs are level on points with Inter Milan and holding second place on head-to-head away goals.

A win will send Spurs through, but a draw opens the door for Inter if it beats PSV Eindhoven at home.

Napoli and Liverpool took different approaches with key players over the weekend.

The entire PSG team rested, but this was for security reasons as Saturday's home game against Montpellier was canceled due to the anti-government protests.

Neymar is likely to be available for PSG despite not training on Sunday. He went off injured in a league game one week ago with an apparent repeat of a groin injury picked up playing for Brazil last month.

Napoli is top by one point from PSG, with Liverpool two points behind PSG and in third spot after two straight defeats.

Liverpool needs to win to have any chance of progressing, while a draw sends Napoli through.

PSG will definitely qualify with a win, but Red Star away is a tough assignment considering it held Napoli 0-0 and beat Liverpool 2-0 at home.

Red Star has extra incentive since it will qualify for the Europa League if it wins and Liverpool loses.

While other groups head toward a nerve-wracking finale, there is little tension in this one.

Free-scoring Porto has already won it in style and Schalke is guaranteed to be runner-up.

But Porto will look to finish the group unbeaten when it travels to Istanbul to face Galatasaray.

Schalke's home game against Lokomotiv Moscow offers little more than a chance to make up for lost pride after Saturday's derby loss to Borussia Dortmund.

The 2-1 defeat to its greatest rival was Schalke's third game without a win overall and increased the pressure on coach Domenico Tedesco with his side hovering near the Bundesliga's relegation zone.

While Champions League progression is assured, Schalke hasn't impressed much in Europe with two scrappy wins and five goals scored.

Lokomotiv is aiming for a Europa League place. The Russian side will finish third with a win if Galatasaray does not beat Porto.